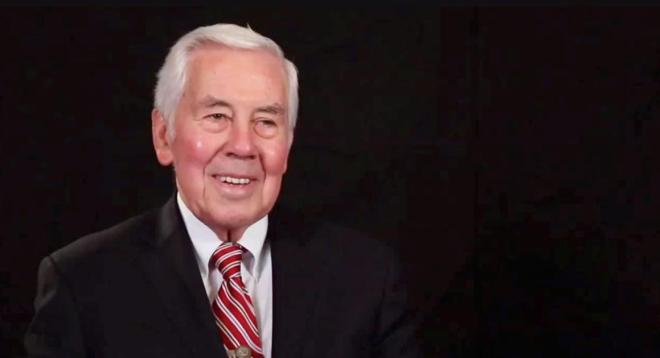 The nation has lost a statesman and visionary leader with the death of Richard Lugar.

I met Senator Lugar three times in my career at the Palladium-Item, including once in 2004 when I accompanied a group of Hoosiers on a trip to visit Indiana National Guard men and women, many from the Wayne County area, on a peace-keeping mission in Bosnia, in the former Yugoslavia.

Those running the trip organized a 15-minute sit-down with Senator Lugar, who, we found, was traveling in Eastern Europe, pleading with countries like Bosnia, Serbia and Croatia to make a concerted effort to find and dismantle the thousands of land mines still hidden in the countryside.

Lugar was aware of the story we reporters had heard when we arrived that two weeks earlier a Bosnian farmer and his son were working a field near Tusla (that’s where our Guard troops were stationed) and decided to clear out a hedgerow bordering their property.

Both were blown to bits by a landmine from the Bosnia War of the 1990s. Landmines, still sitting there in the weeds waiting for someone to come along.

I can’t remember all the details of that interview (in fact I remember few) and my notes, if they still exist, are buried somewhere in my basement. But I do remember Senator Lugar as kind and patient, avuncular, eyes gleaming, a little tired but expansive and committed to his mission.

I remember him talking about disarmament and the fact that countries, including the U.S. and Russia, have a responsibility to work together to clear landmines from the countrysides of Europe and continue the work toward global nuclear disarmament.

I was impressed that Lugar cared about Bosnian farmers and innocents, those in present day Europe and babies being born throughout the world that day.

He had a vision of the future in which people lived, not in fear of nuclear annihilation, but in harmony, trying to solve their differences through communication, not warfare.

As a senator he practiced civility and compassion, freely willing to listen to opponents, to build consensus and work for the greater good. Eventually, that cost him his job and the nation lost a valuable leader.

His greatest achievement was passage of the Nunn-Lugar Cooperative Threat Reduction Program that resulted in deactivation of thousands of nuclear warheads, intercontinental ballistic missiles and metric tons of chemical weapons in the former Soviet Union.

During his career, Lugar also started a training ground for Republican female leaders, organized a series of health festivals in Indiana and founded a scholarship program for minority students.

We, as a nation, clearly miss him today. I suggest that everyone, especially young people, mark his passing by reading about his beliefs, his work and his accomplishments. Perhaps then his legacy will include inspiring future leaders to follow in his footsteps and work to make the world a safer and more sensible place.

One thought on “A leader for a generation”